Menu
Log in
Register
Install the app
You are using an out of date browser. It may not display this or other websites correctly.
You should upgrade or use an alternative browser.

Now, we (site owners) define a few roles from acp, and group owner can just promote their group members to one of those roles.

The result is, the group owners don't actually have control on the permissions of the roles, they just can pick one of the roles and assign to the member.

What I suggest is that, in Group Tools drop down, add an option called "Define Roles". 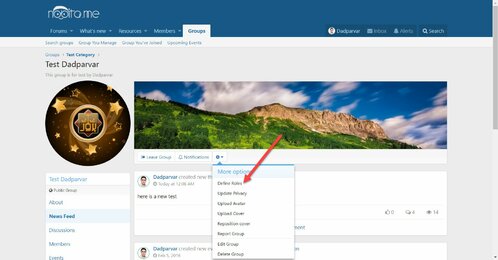 When the group owner clicks on it, a page containing this form will be appeared for him (they will be able to create unlimited roles with any name, for their group) 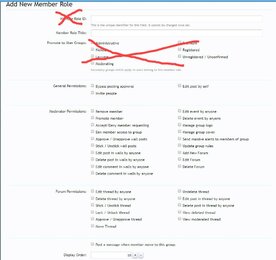 Then they can promote their members to any of the roles that they created for their group.

And each group will have a page containing a list of roles, and their permissions.

What is the result? Group owners have full control over:
also:

I was going to post the exact same thing as @Dadparvar -- As a Group owner, the group admin should be able to not only choose what they want to call their various levels of membership, but what each level gets -- that is really not a site owner admin decision, as we are already controlling the overall abilities within the forum itself.

I would really, really like to see that inter-group roles assigned over to the admin of the group with perhaps just a 'default' that we set so they have somewhat of a guide to work from?
You must log in or register to reply here.
Share:
Reddit Pinterest Tumblr WhatsApp Email Share Link
Top